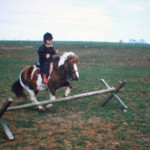 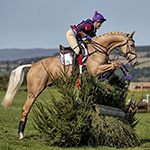 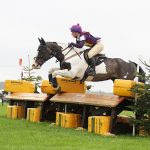 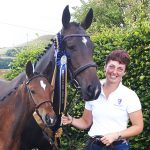 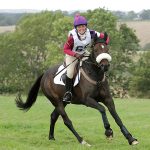 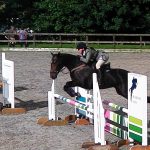 Joanna grew up on a cattle farm in Leicestershire and was surrounded by animals and ponies from before she could walk. It wasn’t long before a passion for horses started to develop.

At the age of three Joanna got her first pony, Rosie, a skewbald Shetland pony. From there the passion grew and Joanna progressed on to bigger ponies, going through the Pony Club and becoming a member of their showjumping team.

In her teenage years, Joanna progressed on to horses and discovered her love for Eventing. She produced her first horse from a just- broken four year old, up to a very successful horse competing at affiliated eventing in England and Ireland before selling him as a young riders horse to America.

On leaving school Joanna went to Brooksby Melton College where she completed the following:

After leaving college Joanna left England to work in Ireland where she discovered her passion for racing.

Since then she has worked in the racing industry in Ireland, England and Australia including being travelling Head Girl in Ireland and foreman in Australia.

Joanna spent eighteen months in Australia, where she spent twelve months working as forman on a twenty horse flat yard in Hamilton, Victoria, and six weeks working on an 800,000 acre Sheep Station

On returning from Australia Joanna decided to study with Kelly Marks and Intelligent Horsemanship in Whitney, Oxfordshire.

Since 2009 Joanna has been based in Scotland working with a variety of different competition and leisure horses and ponies. She has competed successfully on both her own and clients’ horses in a range of disciplines from showing and dressage to eventing.

Joanna now runs her own backing, schooling and livery yard where she keeps her ultimate super cob Hobo who as well being an excellent lead horse for the young and remedial horses has a successful eventing record. She also produced her own young Irish Sports Horse mare to win the 4 year old Scottish Loose Jumping Championships in 2015 and successfully event. The mare has now bred a foal by the advanced eventing stallion Primitive Faerie Tale who won the Elite Foals Registration Tour Eventing Regional Championship in 2018.

“Joanna has worked with our three year old who we brought back from Romania and in that time Jo has worked wonders, literally. It was an extremely moving moment watching my 8 year old daughter ride Doinita, safely and happily with Jo”
Louisa Cocris, Fife, Scotland 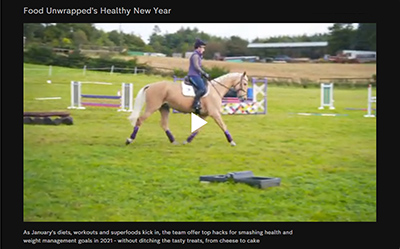 In 2021, Joanna featured in Channel 4's Food Unwrapped Healthy New Year special. She and Crombie can be seen from 34:00 minutes into the video.